A  castle town built near the sea where you can visit old shrines and temples, explore the scenic nature and beauty, and enjoy the local cuisine

The ruins of Mihara Castle which Takakage Kobayakawa had built in the Sengoku period became the center of this town now. 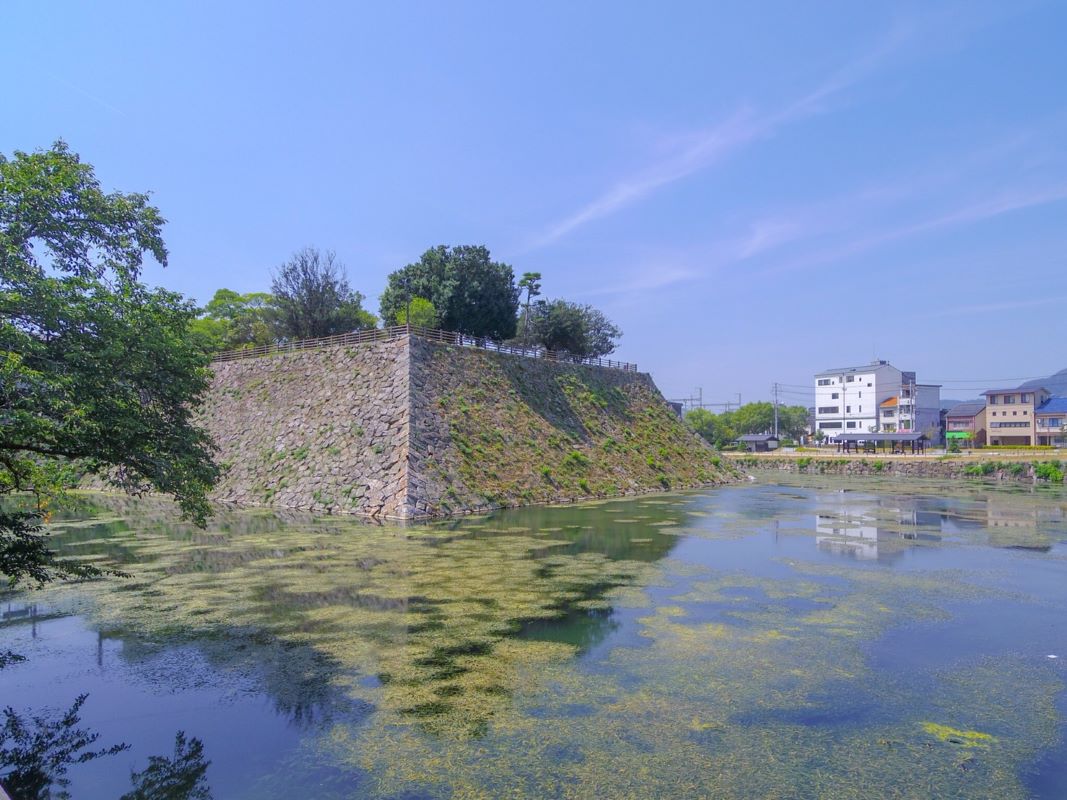 There are magnificent stone walls of the castle behind JR Mihara station. Take a walk for a few minutes to enter the old street scene. In the suburb, the blue sea and Mt. Fudekage and Mt. Ryuo enjoy the scenic beauty of many islands to satisfy yours are popular.

The Buttsuji Temple in the mountain area is famous for the beautiful cherry blossoms in spring and autumn leaves in autumn. “Mihara Yassa Festival” is a 430-year-old and traditional festival. The octopus dishes are representative of the taste in Mihara city. Essay 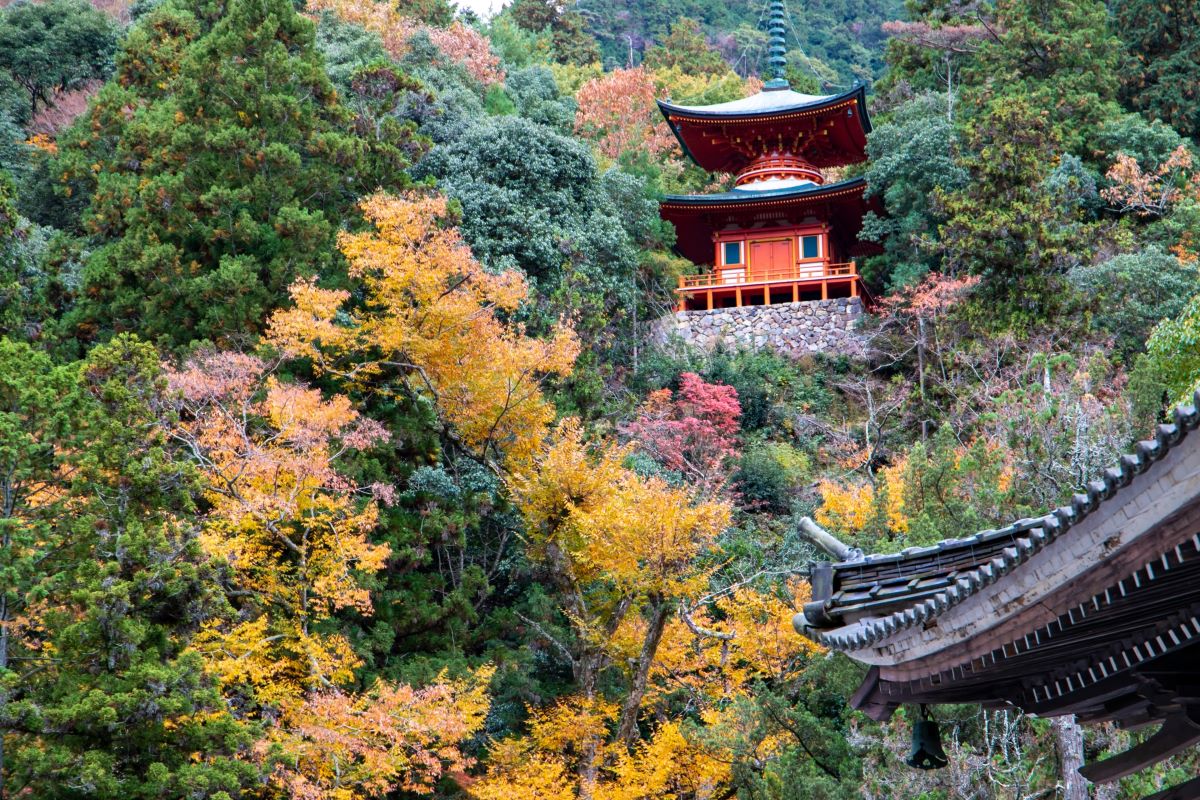 To enjoy the nature of Mihara you can beat a trip to Buttsuji temple and its impressive grounds. It has a history of over 600 years and is the place to go to enjoy cherry blossoms and its famed autumn colors. 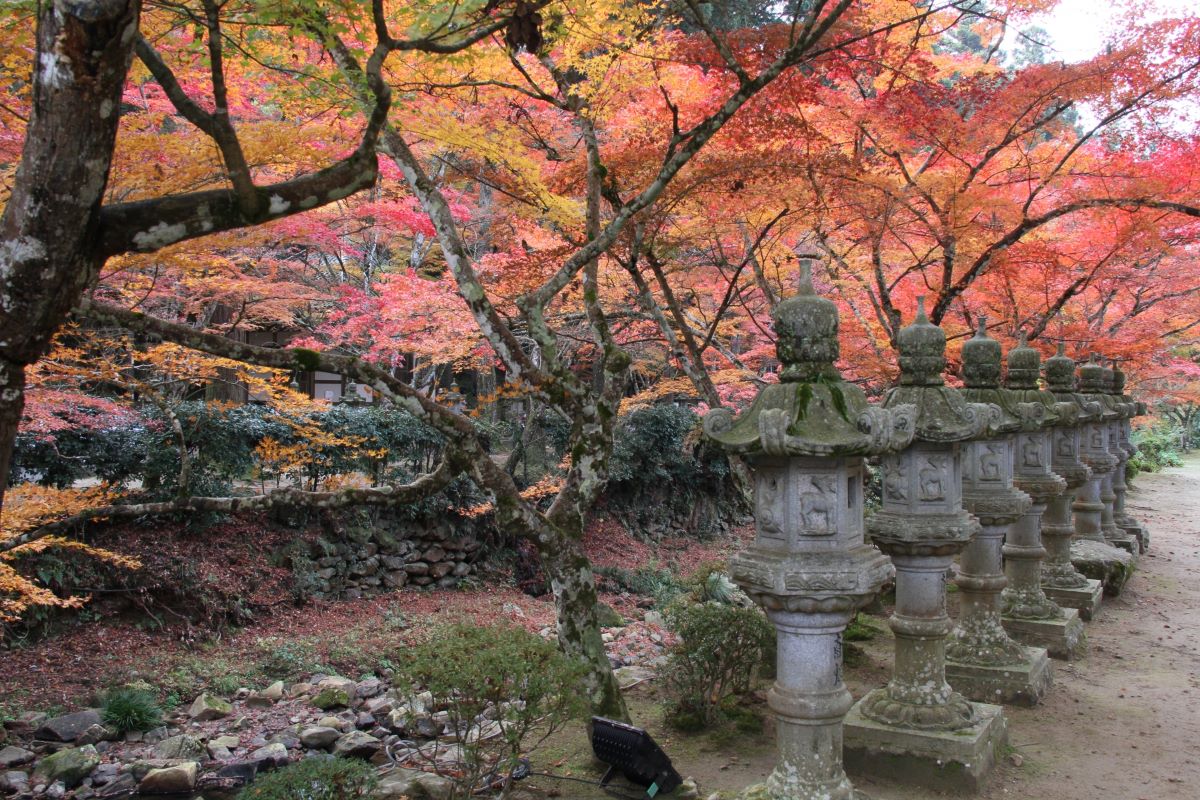 To get to Butsuji Temple jump on the Geiyo bus at Mihara station and ride for about 30 minutes.

In 1577, the Sokoji Temple was built within the Shin Takayama Castle by Takakage Kobayakawa and was called Kyoshinji. It was built to hold a memorial service for Motonari Mori and his wife.

It was moved to the current location on the occasion of the Mihara Castle building and was given another role as a fortress protecting the west side of castle town. It was converted to the Soto Sect in the Fukushima period and the temple’s name was changed to Sokoji accordingly.

The gate to the temple, which was said to have been the castle gate of the Shin Takayama Castle in which Takakage resided, was removed and reconstructed in the current location by Takakage and was named a National Important Cultural Asset, which displays the dynamic architectural technique used in the Momoyama era to the present.

As a family temple for Takakage Kobayakawa and his family, Daizenji Temple was once located at the foot of the Shin Takayama Castle in which Takagake resided. It was moved to the current location on the occasion of the Mihara Castle building in 1580.

In the graveyard on the premises, you will find the grave of “Gekkeiin denshinnyoeijukou Daihouni” who came to Mihara to marry into the Asano Family from the Tokugawa Family and was the mother of Tadayoshi Asano, the 4th castellan of the Mihara Castle.

As Daizenji was her prayer temple, it was allowed to use the triple hollyhock emblem. With this influence, the roof tiles of the main building of the temple have borne a triple hollyhock.

In 1539, Hojoji Temple was built on the hill on the west side of the Shinjo Kimura Yama Castle located in Takehara city as a family temple for the Takehara-based Kobayakawa Family.

It was moved to Funaki which is at the foot of the mountain and the north side of the Shin Takayama Castle located in Hongo-town. It was then moved to the current location in 1592. The funeral service for Takakage Kobayakawa was held in this temple and the body was cremated on the premises. You will find the wooden statue of Takakage and all the memorial tablets of the Takehara-based Kobayakawa Family in Kaisando hall.

In 1237, the Gokurakuji Temple was built in the Gokuraku Valley in Funaki, Hongo-town. When the Mihara Castle was built, it was moved to the Itozaki Valley which is located behind the Itozaki Shrine in Itozaki-town for the purpose of the development of the castle town. 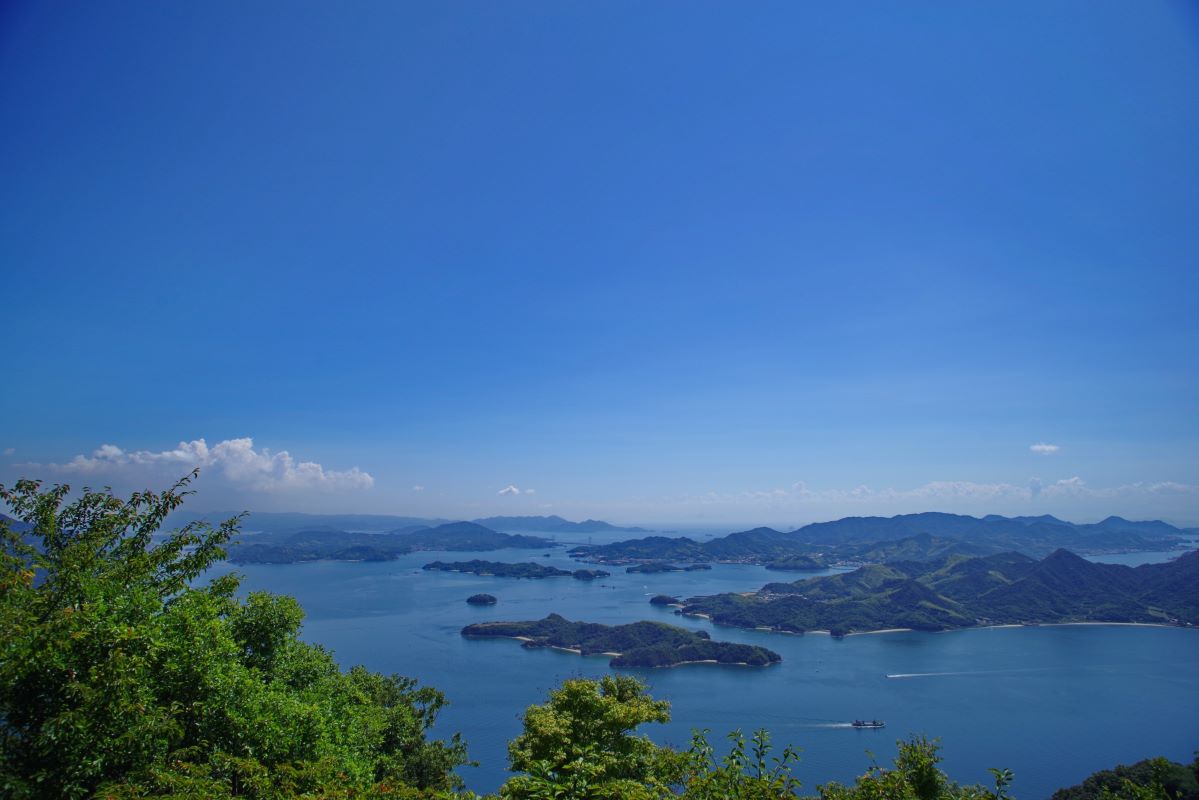 Mt. Fudekage is at an elevation of 311m and is located on the shore of the Inland Sea, Mihara city.

The name of this mountain is said to be named by a Confucian scholar Raisanyo in the late Edo era for the reason that the mountain’s shape resembles an ink brush when it is reflected in the sea.

Along with the neighboring Mt. Ryuo, it is well known that the viewing of many beautiful islands in the Island Sea from the observation deck atop Mt Fudekage is the best scenic view found in the Seto Inland Sea. For this reason, Mt. Fudekage became a part of the Seto Inland Sea National Park in 1950.

Many visitors are seen throughout the year viewing the cherry blossoms in spring, enjoying hiking from summer to autumn, and viewing the sea fog in winter.

Miharashi Hot Springs(Hot Spring with a View) boast a hot spring of 45.1ºC which is the hottest temperature found in the Hiroshima prefecture. As the name of this hot spring (“Miharashi”) suggests, you will see the view of the Island Sea just in front of you while you enjoy bathing in the popular viewing bath.

Enjoy the scenic view of many beautiful islands in the Island Sea. Miharashi Hot Springs offer a rooftop open-air bath, saunas, various baths of more than 10 types and drinking and eating facilities. You can have a relaxing day in these hot springs.