The Izumo Taisha (meaning “great shrine”) is the preeminent religious structure in the region. Located about 30km outside of Matsue, this ancient shrine is dedicated to the god of happy marriages and is designated as a National Treasure. Couples from all over the region come here to get married, and singles to find marriage partners.

The main hall of the shrine is 24m high and is the oldest structure of its kind in Japan. Seventy-two separate religious rituals are held throughout the year, including the Kamimukae festival, held in October, when the gods throughout Japan are welcomed to the shrine. 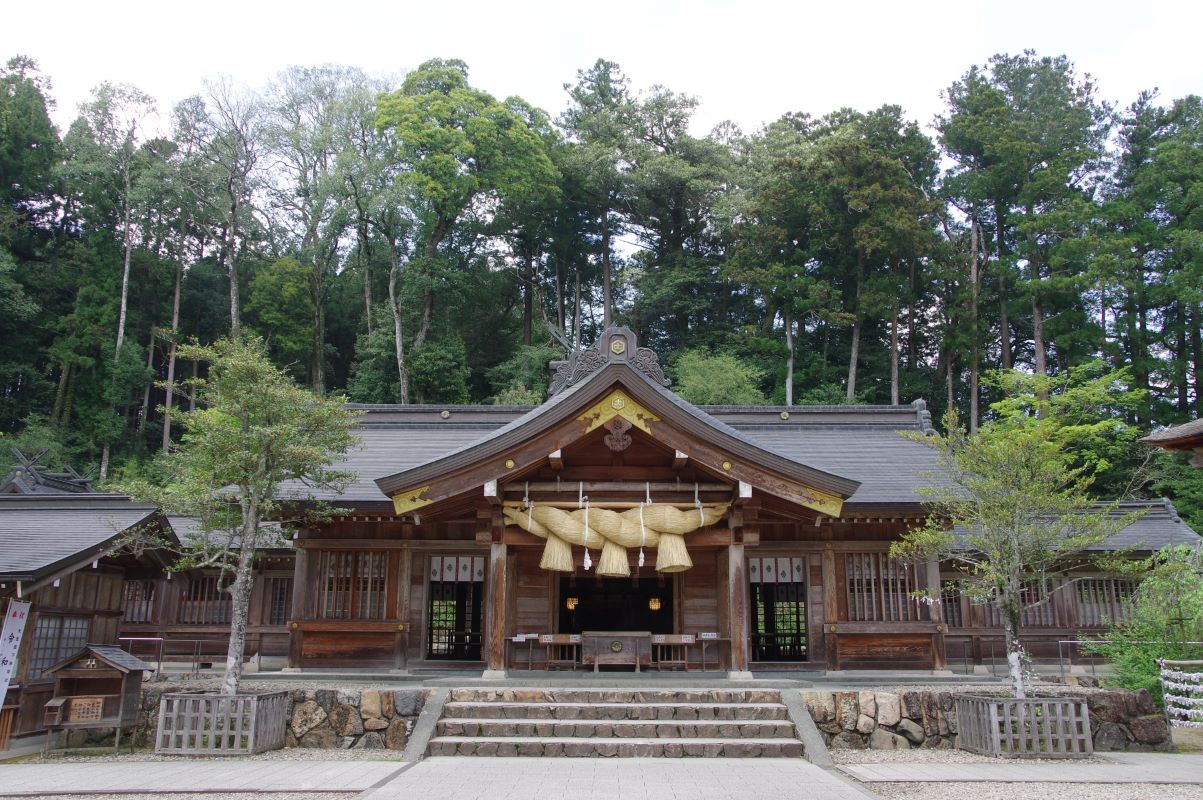 The Shokokan, which is an exhibit hall, contains various worship objects used at the shrine. Only one family has been in charge of the shrine’s operations since ancient times. Now in its 83rd generation, the Senke family claims to be the second oldest family line in Japan (after the Imperial family).

Other attractions include the Izumo Taisha Treasure House, which contains a diverse collection of ancient and not-so-ancient objects. The shrine owns a large number of swords because of the steel and sword-making tradition of the Izumo area.

There is also a tourist souvenir and information center located next to the Izumo Taishamae train station, about 500m from the shrine itself.

Access to Izumo Taisha is easy from Matsue by either bus or train. (If you go by train, take the Ichibata line from Matsue, as the JR line does not go there.) However, the shrine is – confusingly – not located in Izumo City. Rather, it’s located in Taisha Town.

Soba refers to thin, brown buckwheat noodles. Most Japanese noodle shops serve both soba and udon, which are thicker. Even on the menus of restaurants of famous hotels in Tokyo or Hiroshima, you can find soba items such as these:

In the San-in (Izumo) area, however, cold soba arranged in three layers on a bamboo screen is a standard menu item. (Say “Warigosoba ni shitai no desu ga.”) It costs about $7.00 at most. Each layer of soba has a different seasoning, making this almost like three different dishes. Three is a magical number for Japanese rituals, like the “3 claps and 3 bows” ritual at a shrine.

For those who want to enjoy Japanese SAKE in the daytime, soba shops are an ideal retreat where you can drink SAKE, relishing one sakazuki after another with soba paste.