Things To Do In The Historic Town Of Yanai

Located halfway between the shinkansen stops of Iwakuni and Tokuyama, Yanai is a small mercantile and port city with a long history, some of which is still very well preserved in old Edo-era buildings. 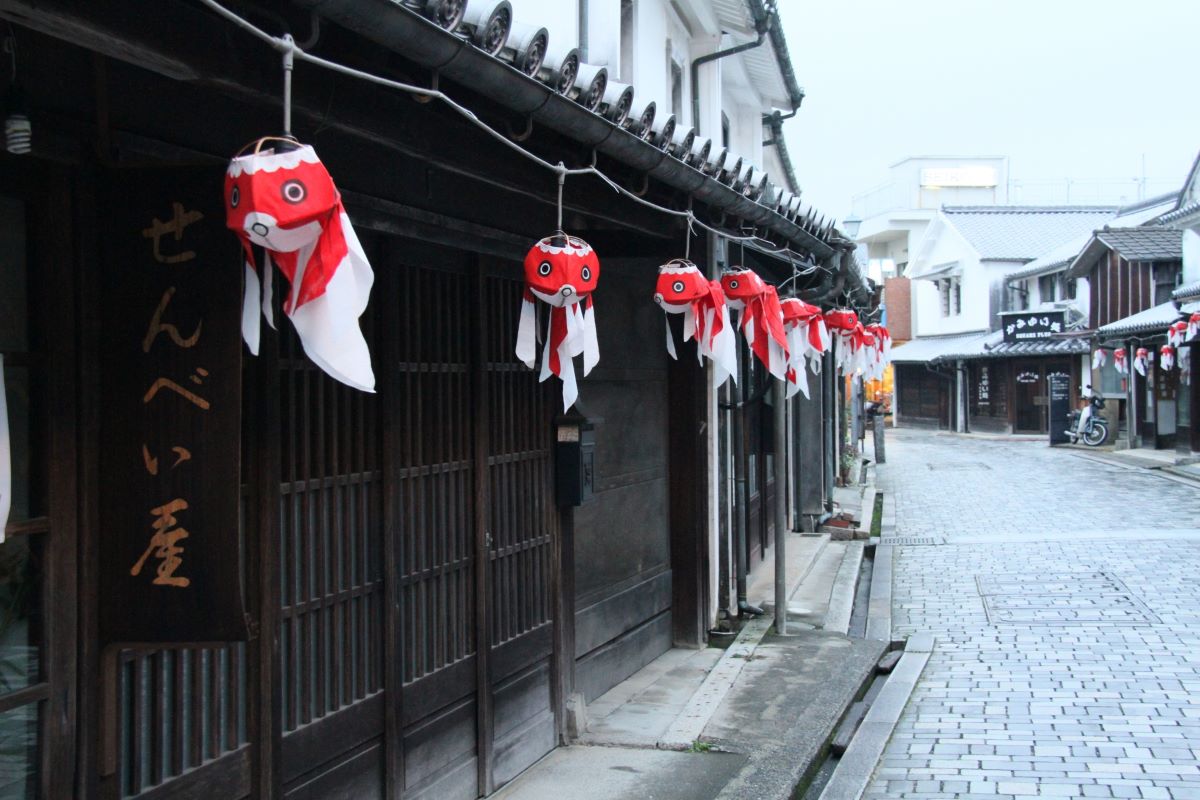 The historic section of town is easy to get to. Exit from the station and it’s just a few minute’s walk to cross the main river (not very large) and then you can find Edo- and Meiji-period buildings lined up along it. Among other buildings, Yanai has an old residence as well as a merchant’s shop, both very well preserved. Walking along the white walls and seeing the old-style shutters closed over the buildings’ windows, you get a real sense that you’ve traveled backward in time.

Oshima is known as a resort spot and has several first-class hotels and spas. Elsewhere on the island the rhythms of life are slow, and the residents are very friendly…but then this is true of Yanai as well. If your image of Japan is hectic, bustling Tokyo, a trip to Yanai will show you that in many parts of the country life still proceeds at a leisurely pace.

Yanai city has flourished as a strategic spot of marine traffic since the Muromachi period. Also, this city flourished as a mercantile city called the “Accounting and Purchase Department (Onando) in the Iwakuni clan” in the Edo period. In the section to preserve the important and traditional Japanese houses, the merchant families with white walls were built on the blocks in the Muromachi period.

In the Edo era, this building of the Japanese oil dealer had the largest area among dealers’ houses in Japan. As the museum of Japanese oil dealers, Hongura (main storehouse) which is said to be built in 1701, Kanjogura (counting storehouse), Komegura (rice storehouse), equipment warehouse, and employee’s room are displayed as they were. Business tools and household commodities used at that time, and curiosities brought by the owner from the Nagasaki area are also displayed. Muroya-no-sono has been designated as an important tangible folk-cultural property.

This building, which was completed in the late 18th century, has been designated as an important cultural property because of the typical merchant house style in the mid-Edo era. The building has the structure of the Irimoya style, is a two-storied godown, and has the Hongawara on the roof. At the front of the 1st floor, there is a “Bucho” which can be fully opened as necessary. In addition, detailed consideration is given to installing the sliding door which was made of clay for fire prevention.

A part of this Soy Store Room where the local specialty “Kanro soy sauce” is being produced is opened as a museum. Putting the koji again into the soy sauce already produced produces “Kanro soy sauce”. The soy sauce was praised by Kikkawa who had governed Yanai in the Edo era, saying “Kanro, Kanro” (sweet! sweet!). This is the origin of this soy sauce’s name. Visitors can see the actual soy sauce tub (approx. 5410 liters per tub), equipment for soy sauce production, and data related to the trading in the past to touch some part of the food culture. 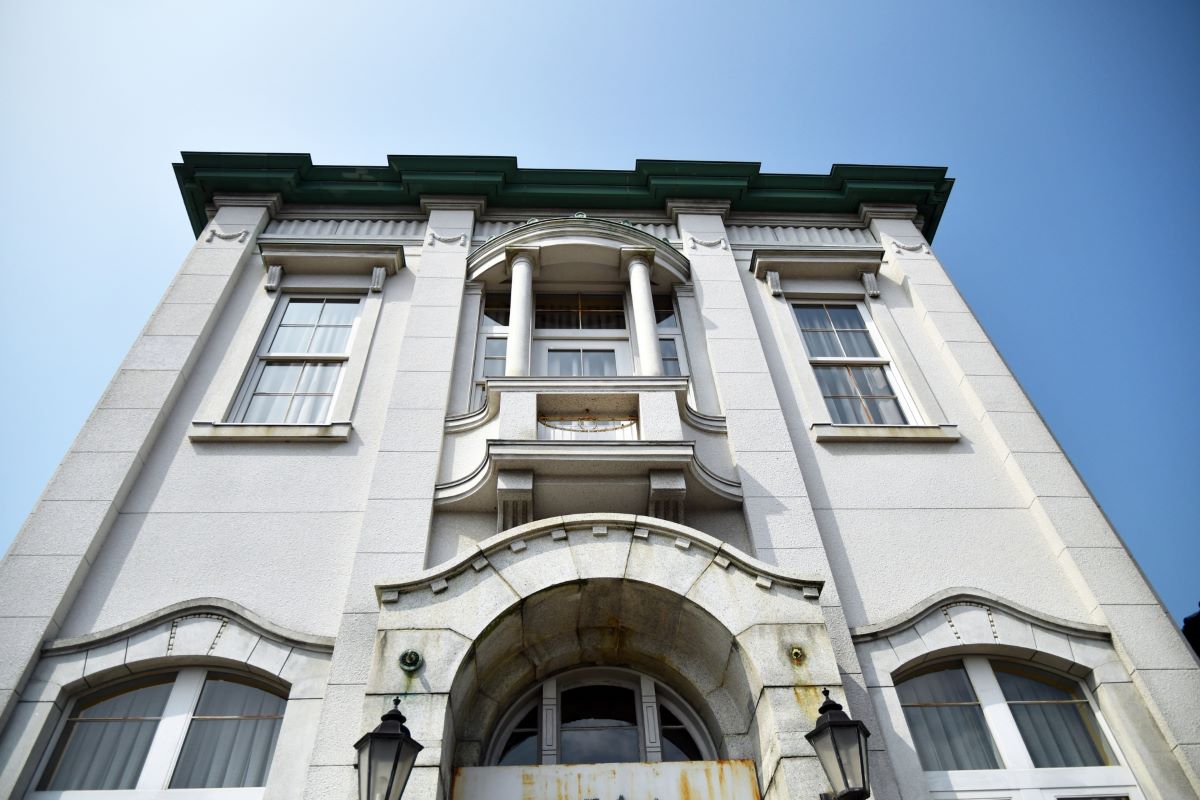 This building is equipped with a music box that plays a gentle sound in Retoro Street. The songs from this music box were original and composed by Isao Hashimoto, who is the only music box tune composer in Japan. 5 songs are played in the order in Retoro Street. With a disc music box installed in the center, you can listen to an excellent sound at 100 per song.

A gift shop and restaurant standing beside the street with the shirakabe (white wall). In this gift shop, Yanai traditional crafts such as “Yanaijima” (cotton fabric) and “Kingyo Chochin” (goldfish-shaped lantern) are for sale, and visitors can see the demonstration of “Kingyo Chochin” creation by its professional. In the restaurant, “Chagayu” (rice gruel with tea), which is a local specialty of Yanai, is popular as it is simple and has a deep taste. Also, you can eat “Hannya Gozen”, which is seasoned steamed rice with Seto shellfishes that are caught in the sea close to Yanai.

Relax At The Beach 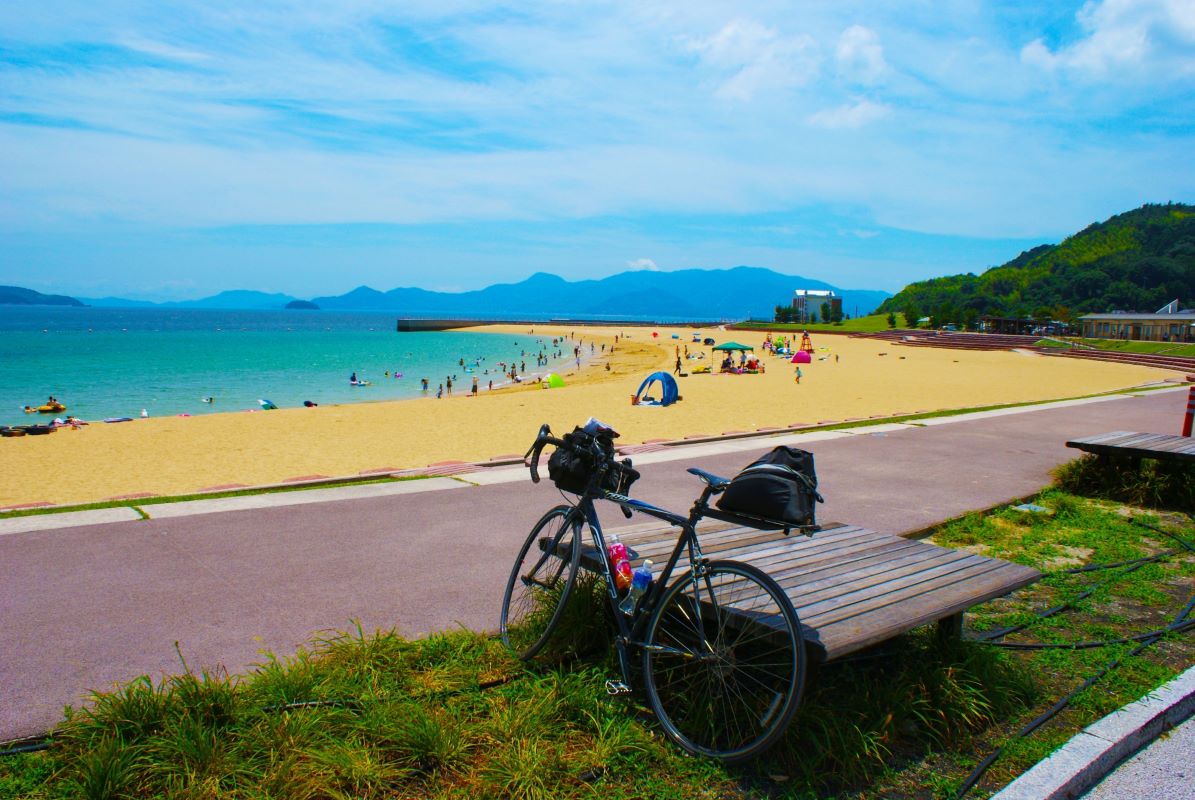 For those who prefer to get out to the beach, Yanai is also a good staging point for sandy locales close by. Hikari, just four short stops down the track, has a nice beach with public changing rooms. And if you’d like to get off the mainland, take a bus over the bridge to Oshima, the largest island in Yamaguchi prefecture.