​Western Japan is home to several World Heritage Sites and sites that are being considered for WHS status. If you make the journey out here you owe it to yourself to see these, as they are all, in one way or another, belong to the world’s citizenry.

First, there is Hiroshima’s Peace Memorial Park and Atomic Bomb Dome. Designated a World Heritage Site in 1996, the Atomic Bomb Dome was the structure closest to the epicenter of the bomb to survive (somewhat) intact. Preserved for more than half a century, the building stands in mute testimony to the horrors of war. Further inside the Peace Park, there are statues, libraries, meeting centers, and a large museum, all of which are dedicated in one way or another to promoting the cause of peace throughout the world. 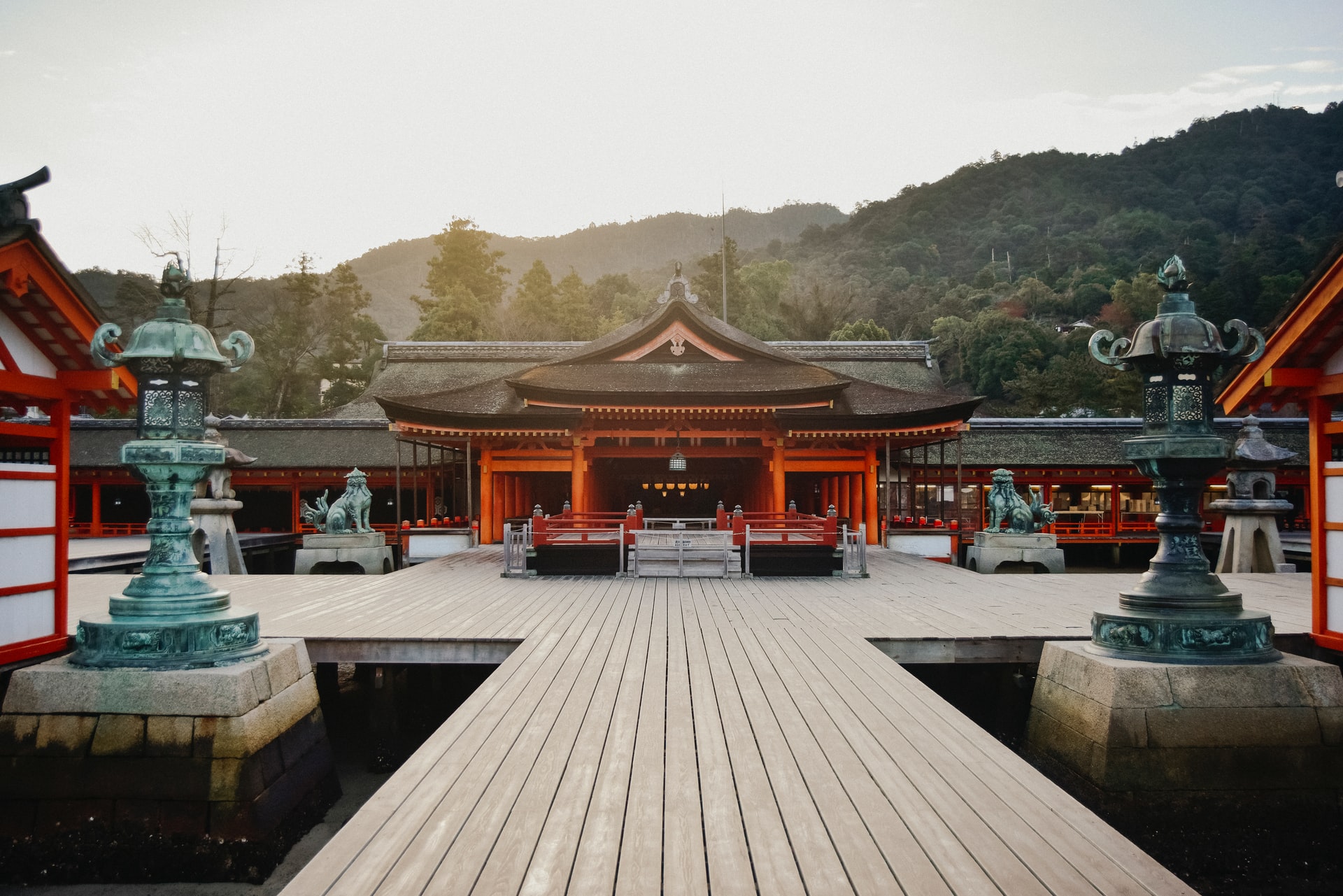 Itsukushima Shrine on Miyajima also received WHS status in 1996. This shrine, originally built in 593 and rebuilt many times since has been standing on the same spot for well over a millennium. Known as the “floating shrine” because of the pylon construction that seems to float on the waters of the Seto Inland Sea at high tide, this shrine and the enormous torii (horned gate) are perhaps the most well-known and easily recognizable symbols of Japan in other countries.

In Shimane prefecture, the Iwami Silver Mines has been nominated for World Heritage Site status. Along with the Potosi mines in Bolivia, the ancient Iwami mines were the largest in the world in the 16th century and contributed a major export commodity to Japan’s national economy. (In the 17th century Japan produced approximately 1/3 of the world’s silver.) According to old maps, the silver mines covered an area of about 300 hectares, with Omori Town at the center. Although the mines have been shut down since the 1920s, there are tours that people can take to view this important component of the past.

There is a local groundswell to have Mitoku-san, located in Tottori prefecture, entered as a WHS. This shrine, built in the Nara period and still occupying its lofty perch on the side of a mountain, was a site of ascetic mountain practices in the past and still draws people from all over the world who make pilgrimages. Climbing the mountain isn’t easy, and local religious ordinances forbid the use of walking sticks and the like. But the people who accomplish the climb generally report renewed spirit and vigor, showing that this ancient and breathtaking site has lost none of its power.